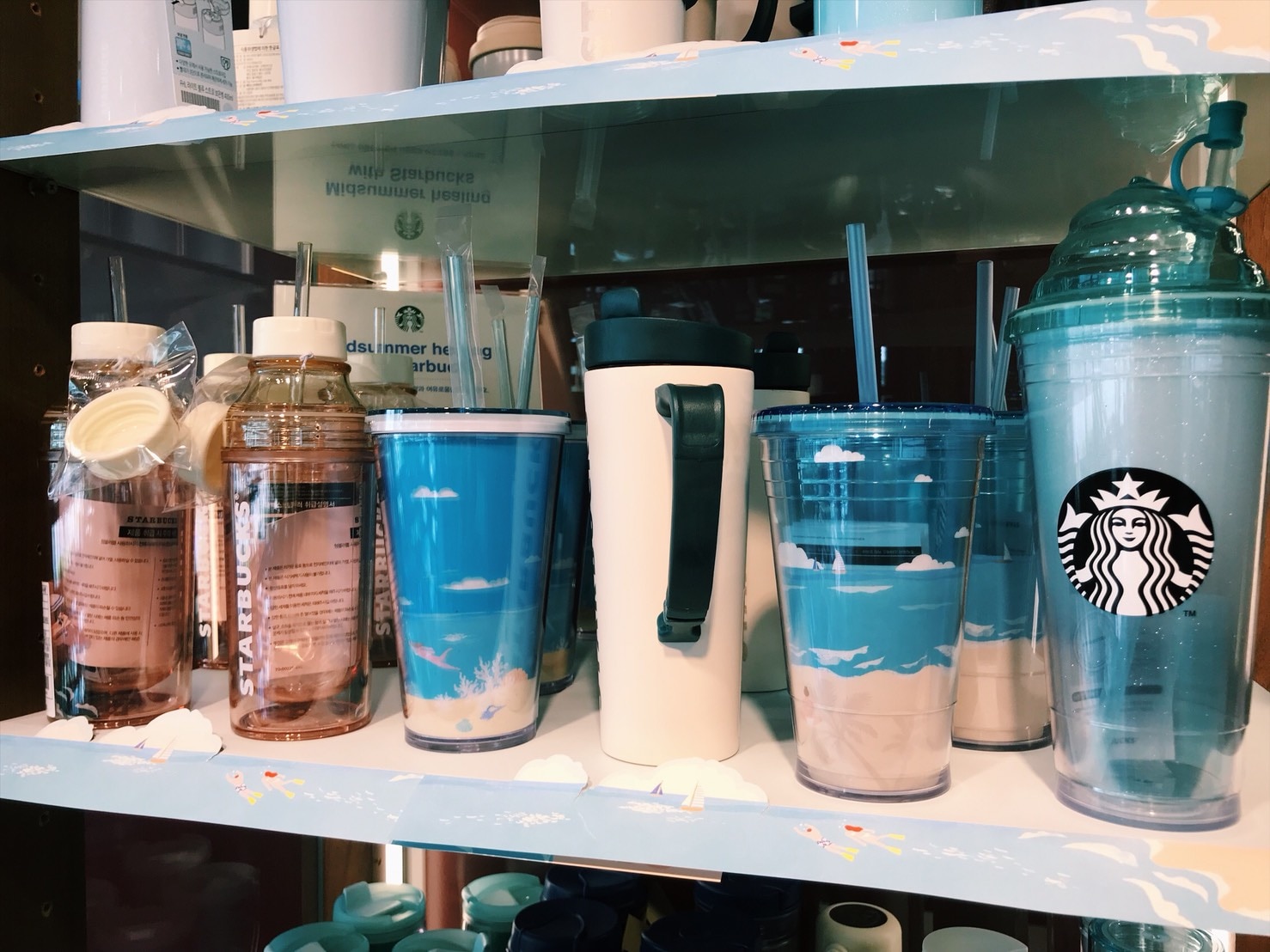 When I went to Korea trip the other day, I came to Starbucks. Speaking of Korean starba, it is famous for its loveliness of limited tumbler.

Tumbler and limited coffee that was on sale was very good and I would like to introduce it!

Because it is near the historical building called Kingsukaji, it is a little traditional style where bamboos and trees were used.

Unlike in Japan, the seasonal menu was a refreshing drink of summer-like fruit series. Tall of ice coffee is 4,100 won (410 yen). All the menus were slightly higher than in Japan.

Other than drinks, snacks and rice cakes that were not sold in Japan were lined up. The purpose that came to Starba this time is to eat "muffin" which is not released in Japan. Expect great because it seems to be pretty delicious!

Japanese apps can not be used in Korean Starbucks

Payment by Starbucks in Japan is using Payment function (charge of Starbuck card) of the official application, but it was not possible to use it in Korea.

I asked the clerk to read the barcode, but he said "I can not use ~".I can not use the Starbucks card I bought in Japan abroadTherefore, it will be paid by cash or Cuca!

You Are Here Collection! Too Cute Korean Tumbler

In MERY and Inst, Korean-only tumbler is often in the topic. I decided to actually see it because I came.

Pretty limited goods were put on the star in front of Kyogukuji.

There was also a summer-like design tumbler.

And here are clear clear and colorful clear tumbler seen here on SNS!

There were various shapes such as a design like a milk bottle and a version with whipped cream on top. This is absolutely instinct and! Although thinking, purchase did not reach considering practicality.

There was also another light blue tumbler. Pastel color like Korea is really cute.

And we also sold Starba's local series "You Are Here Collection". Not only city series, but sister? Mugs and tumbler with things like something like it was Korean and funny.

Impressed by the Starbucks menu restricted to foreign countries

My friend asked for muffins that only existed in overseas stabs and cold brew coffee with vanilla that I have not seen in Japan.

result,I would like both of them to be released in Japan.

Muffin was as tasty as I expected, but Vanilla Cream Cold Brew Coffee that I asked was surprisingly delicious.

I keep it more cafe au lait but it is not too sweet. The body tired from sightseeing became healthy at once at once!

It seems that it is not in the menu in Japan, can this taste be reproduced by customizing it? At the time the English site had a menu.

It is fun to go to overseas Starbucks

When I traveled I tried to go to a local shop as much as possible, not a chain store, but I thought that comparing the differences with Japan is interesting as well.

I think that Starba in Korea can enjoy not only limited goods, but also limited menus and drinks, so please take a moment while you travel.

Recommended Airbnb I stayed in Korea

【Seoul Overtaking Recommended Airbnb Accommodation】 I stayed at a Korean house with a history of 100 years!

I did not have cute pajamas, I bought 2,999 yen "Summer pajamas" at UNIQLO

If you see for the first time these six people! TikTok addiction I choose, it's too cute Tik Toker Conclusion