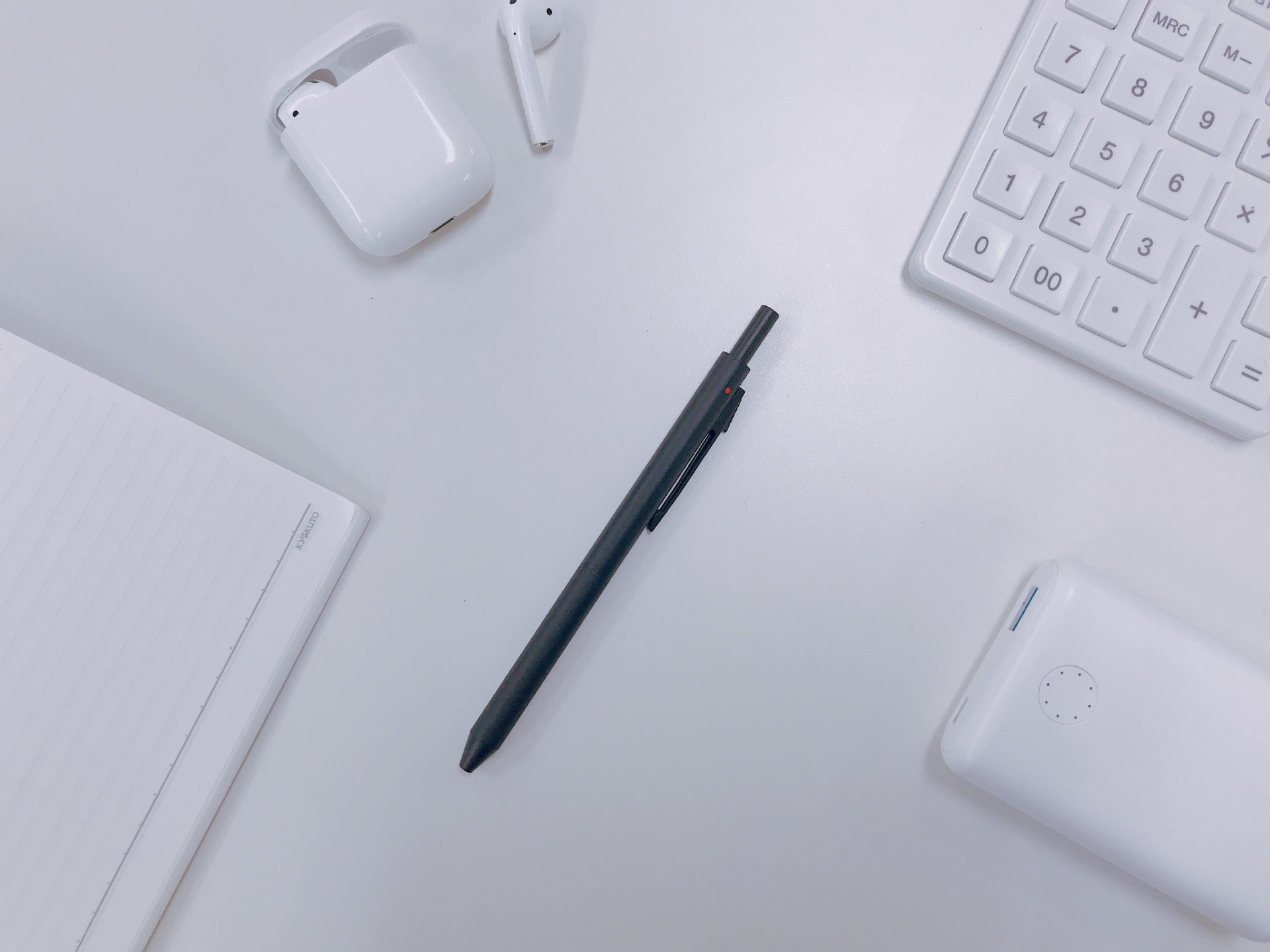 A fateful one! A stylish 3 in 1 ballpoint pen "Helvetica" at first glance.

Now that most of the work is done with a smartphone, I keep all my notes and calendars on my smartphone.

The opportunity to write letters is steadily decreasing, but when I am full of heads or when I want to write out ideas, I try to write them down in a notebook.

I'm looking for a ballpoint pen that will make me feel better. I didn't meet what I thought.

This time at the stationery store Itoya A single ballpoint pen whose function and appearance are doomed I will introduce it because I met.

Stationery items such as ballpoint pens and binders necessary for office work are available. White, black, red and stylish color.

・ Simple and timeless design
・ It is as thin as 8.8mm, 3in1 ballpoint pen
・ Interesting ballpoint pen mechanism

I wanted a ballpoint pen that looked like a member of society for a long time, so I used to look at various stationery items.

However, this Helvetica ballpoint pen is touched at the store, I was impressed with a certain function and purchased it immediately.

Can I talk about how cool it looks?

It was wrapped in a cool package like this at the store.

You can see this simplicity from the box! The brass body is heavy and has a baking finish. The matte black on the surface is cool and cool ...

The clip part is casually filled with Helvetica, but it's just as subtle as you can't understand without looking closely.

It's okay to have a simple design that doesn't have a strong claim.


"A certain function" that was actually touched and moved A mysterious mechanism in which the color comes out when you put a mark in your direction.

There are "black pen", "red pen" and "sharp pen" marks on the side of the ballpoint pen. When you knock towards yourself, the color comes out!

Can you understand the meaning ...? Lol
I thought it would be difficult to communicate in words, so I made a video!

There is only one place to knock, but you can use the three functions of the ballpoint pen properly!

When touched at the store "Yeah, what is this! What principle !?" I immediately went to the clerk to ask questions

Something like this Pendulum ballpoint pen The principle is detailed in this blog. I couldn't see it in detail even if I disassembled it, so it looks like this! And impressed ...
▼Tilt to select a color. A story about the mechanism of a pendulum ballpoint pen. ‹Part 2› | Bungtalk

It seems that this pendulum ballpoint pen has a long-standing mechanism. It was so innovative that I thought it was the latest IT technology. Lol

I actually wrote it in Helvetica

I wrote it on the report paper that I actually use. Because the main body is moderately heavy at 20g, it is easy to write with a sense of stability.

I tried using a black pen, but I felt like I could write more smoothly! The ink came out without interruption, so it was usable without stress.

I was attracted by the fun and rareness of the functions, but I like the design very simply and without waste.

It was really fun to buy Helvetica and take notes and write letters!

It can be used in suits and plain clothes in any scene, so if you are looking for a simple ballpoint pen, please use it!