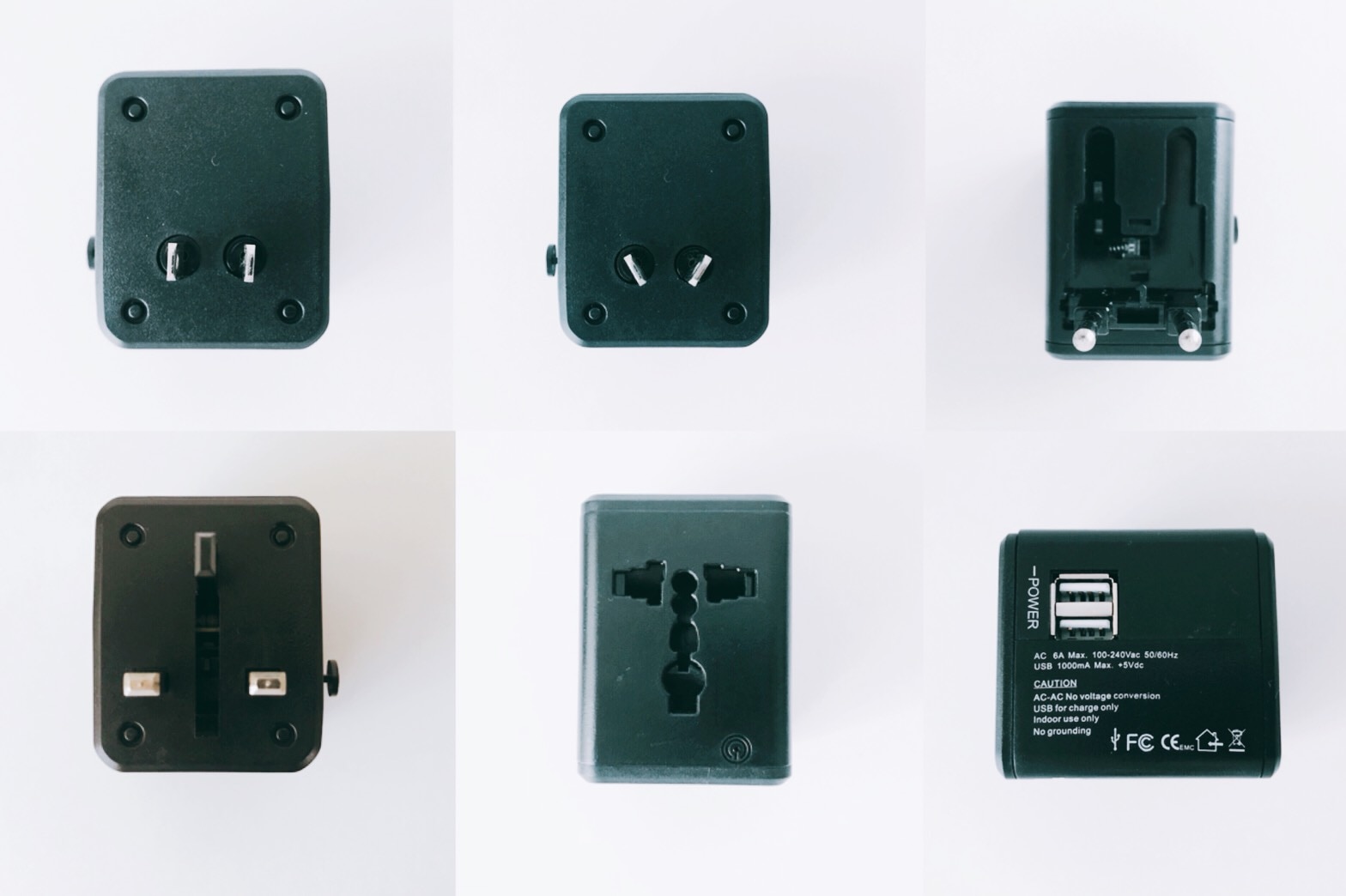 You can go all over the world with this one. The strongest theory if you have "GSK® conversion plug" of 6 roles for 1 unit

Hello! It is very tight when you start preparing before traveling as usual.

During packing the day before, "Wow! I forgot to buy that !!" tends to become. Especially when traveling abroad, you always notice the last minute Conversion plug.

After finishing the packing, in the end I was bought a conversion plug by checking the outlet type each time to notice "That one country outlet in this country Japan can be used ...".

As conversion plugs are increasing more and more, it was something almighty and bad - that I was looking for on Amazon at all!6 units for 1 unit, if you have this, you can travel around the world with a competent conversion plug！

As I used it on a Korean journey the other day, I will write a nice place / anxious place!

I thought that at Amazon this time「GSK® overseas conversion plug"(1,470 yen)

I decided to purchase because of the goodness of COSPA and the evaluation of 5 stars. A friend who goes on a trip with me also buys it because it is "cheap to buy".

It orders and it arrives at Amazon Prime the next day, so it was quite saved.

As it was written in the word, it is surprisingly big. There were two sizes of castella. I was not worried because it was light for my looks.

A very fluent bag comes with it. Because it is convenient when putting in a suitcase, I brought it in this.

One machine has six roles. I also have 2 USB ports

This is a conversion plug that can use six function items in one unit.

It seems that it can be used in more than 150 countries around the world, so most travel destinations seem to be OK if one goes there.

Because it is a cube, it has six functions on the side, but its usage was intuitive and easy to understand.

This side attachedBy sliding and pushing the lever, plugs by region will pop out。

It is safe, especially when not in use, because the plug part does not go out.

I actually tried using it in Korea. South Korea is③ C · SE typeAlthough it was dented round, it could not be stuck as it was. Sorry. It seems that Hong Kong and Korea are often dented.

Pierced by A type at the end of the conversion plug which I lent out for free at Airbnb, I used an outlet and a USB port.

Actually, I charged these three at the same time but when I got up in the morning I was able to charge properly.

It is easy to understand because the blue LED lamp is attached when energized.

You can use it normally as a USB port when you are not on a trip.

There are no reason not to buy it for overseas travel, domestic travel, everyday use even if it is 1,470 yen. (Maybe it will be broken soon, so I'd like to add it in the future.

Points you care about

Since there were also points that I was interested in actually using, I will introduce it.

① There is also a possibility that it can not be used if the insertion port itself is dented round.

As I mentioned earlier, there is a possibility that outlet outlets are dented depending on locations such as Korea, Hong Kong, Europe etc. In that case, even when the length of the plug is insufficient to use it.

In such a case, once you ask the hotel or Airbnb people you will lend us a conversion plug unexpectedly.

② Those with high voltage can not be used.

I do not seem to be able to use high voltage such as dryer, iron. Please be careful as there is a possibility of explosion if the voltage is high!

It may not be a problem if you have one

It's a bit easier to prepare for your trip by holding this one than buying a conversion plug that matches the country each time.

Because there are plenty of color variations, I think that it is also possible to buy with a different color from my friends.

Only sale now! It is 81% off by feeling, but probably it will probably be on sale forever so please buy it when you feel like it.

Also, I bought a hair iron overseas, but it was recommended in Cospa well. It's easy to use, so I use it everyday.

Yakitori 'Akabei' in Nishikasai West may be No.1 for yakitori eaten so far