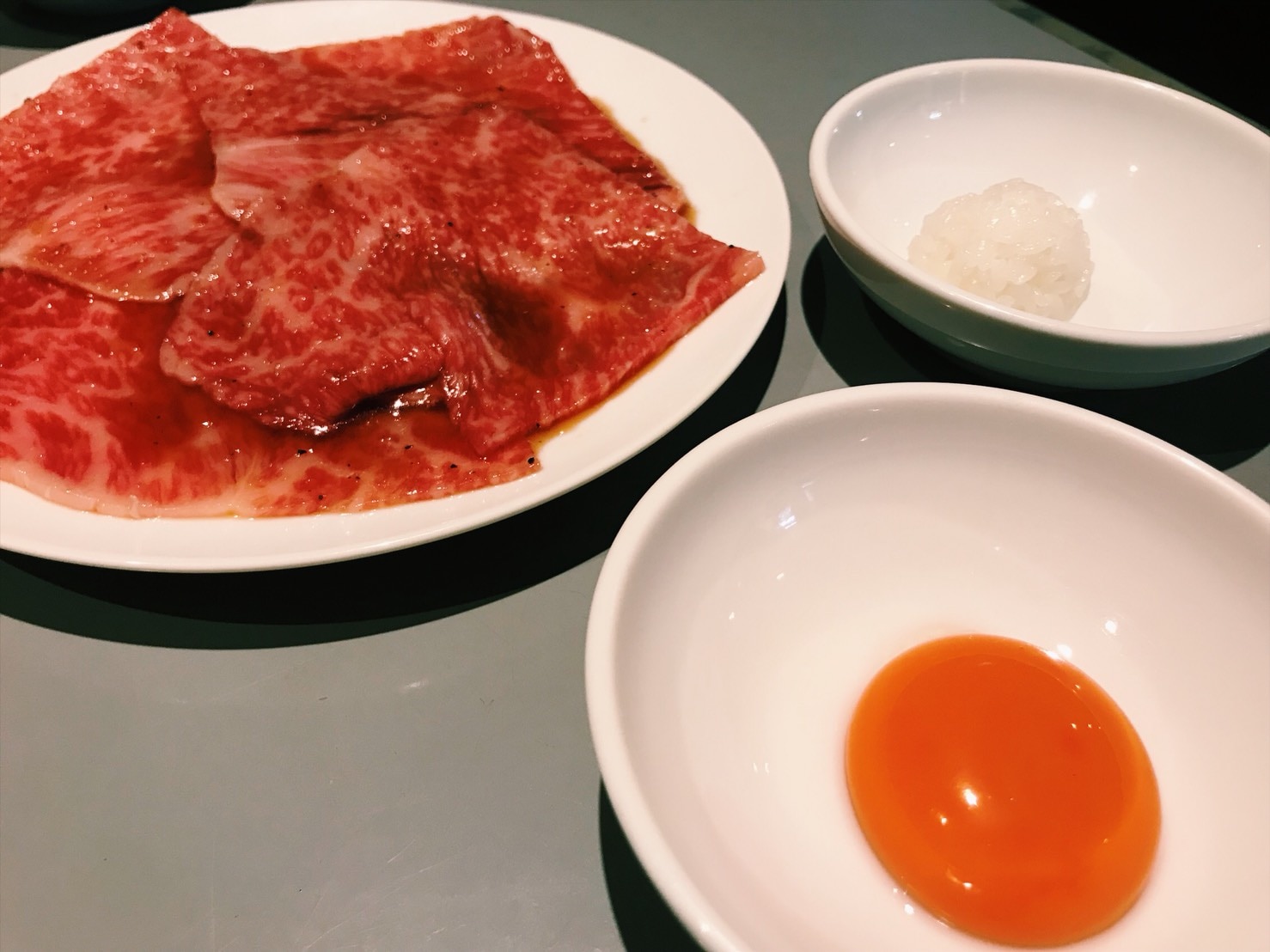 The other day,Meat blogger dekoi When I heard about yakiniku ya which is recommended roughlyNakameguro "Beef Kitchen"Recommended it.

If it is recommended by Mr. Koi who eats meat quite often, it will be no doubt! So I went!

It is on the street of Ginza shopping district, but I was surprised that there was such a place because I only knew fashionable Nakameguro along Meguro River where Hanami is famous!

It is a shopping street with an old-fashioned calming atmosphere.

As I walked straight through the shopping area where there are many restaurants, I could see the sign of BK (beef kitchen).

When you get down to the basement floor, you can see the neon of "BEEF KITCHEN". Stylish interior that does not seem to be a yakiniku restaurant. The store is almost fully occupied even though it is Monday night. Truly a popular store!

I will have a beef in the beef kitchen.

There is a rich menu of beef only in beef kitchen. We went on and on with a focus on the beef menu (upper right)!

An appetizer that the ponzu vinegar jelly and plenty of onions fit the best. A feeling of having ordered the strongest menu from the beginning.

Beef tongue is thick and has a nice texture.
Today's specialties, I forgot what part, but it was a soft, mellow meat in my mouth.

It was eaten mixed with the smooth yolks. The simmering flavor is the best.

A little bit of fat? I thought, but indeed Harami. There is a good food to eat.

This is too good, and I definitely want to eat it.

Sukiyaki set with eggs and small rice balls on sirloin. Dispel the thick orange yolk and put on the roasted meat.

Wrap the rice ball with meat. There is no such luxury menu, though.

"LIVE gelato" that I want you to eat to salmon

The performance will freeze the ice instantly on the spot with liquid nitrogen, but it's a "LIVE gelato" but it was quite a break!

It was watermelon taste in July, but when we eat chocolate chip and eatTaste like upper version watermelon barTo.

The sweetness of the flesh and the affinity of the sweet gelato were so good that I thought I would like them to sell at the convenience store.

I did not know the total price because I had my boss handle it for celebration this time, but both the taste and atmosphere were correct.

【ZOZO Random Regular Flight】 Review in 20's OL! Inside · How to return · merit What are the disadvantages?

We were able to grow considerably in the first half of 2018. The second half lives like this.